Is this Britain's unluckiest parking space? Mother has TWO cars written off in the same spot outside her house in the space of just five weeks

A mother has had two cars written off while parked in the same spot outside her home in the space of just five weeks.

Nicola Hawkins, 31, lost her 06-registration Fiat Punto when a motorbike crashed into it in Swansea, South Wales, on August 11.

She treated herself to a £3,000 BMW 3 Series convertible as a replacement but it was destroyed as well a little over a month later. 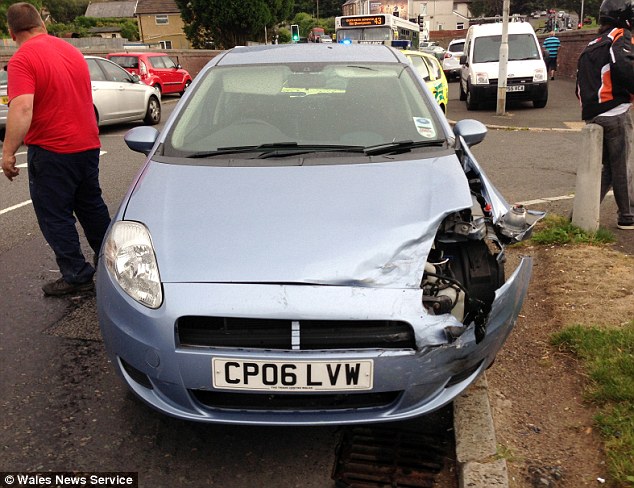 August 11: Nicola Hawkins' Fiat Punto is written off in the first crash outside her home in Swansea, South Wales 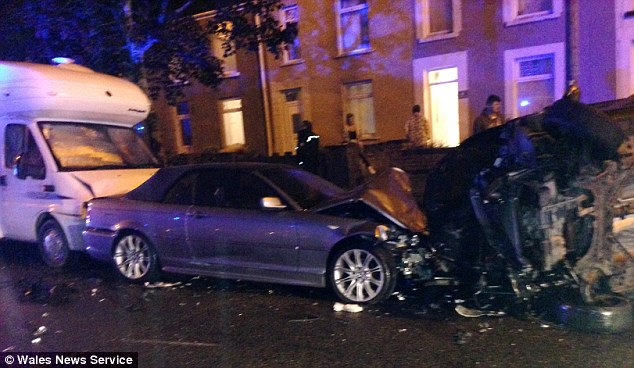 September 14: Five weeks later Nicola's replacement BMW 3 Series convertible, which she bought for £3,000, is written off in another crash while parked in the same spot

A car came speeding through traffic lights near her home at midnight, flipped and landed on top of her second hand car.

Her BMW was very badly damaged in the accident on September 14 and also had to be written off.

The driver and passenger in the black Vauxhall Astra which crashed into the convertible were both injured and had to be taken to hospital.

Following the accident neighbours have labelled the spot outside their terraced homes as 'the unluckiest parking space in Britain'.

'I've only had my new car four weeks because there was a crash in the same place five weeks earlier in which my other car was written off.

'The car had come through the lights at a ridiculous speed, and landed on top of mine.'

Nicola has called for Swansea Council to remove the bollards which have recently been erected on the grass verge of her quiet suburban road.

She said: 'I used to park my car on the grass and if I had still been able to then my cars might not have been hit. 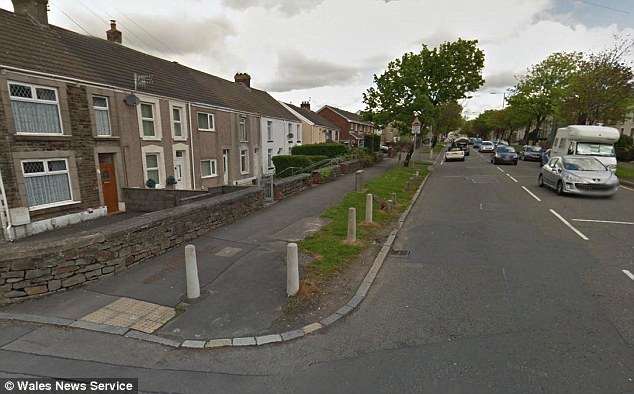 Crash scene: Both accidents happened while the cars were parked mid-way between this corner and the white Mini (left side of the road)

'I've been in touch with Swansea Council and they told me that the bollards had been erected for safety reasons.

'They wrote in an email it was also was done to protect the grass.'

Resident Robert Jones, 63, said: 'It must be the unluckiest parking spot in Britain - I can't believe lightning has struck twice.

'When I saw the first crash had happened I thought it was sheer bad luck. But when you get another car written off in five weeks it seems like a curse!'

Nicola, who lives with her husband Adam, 33, and son Jac, six, said she and her neighbours had now begun a petition calling for a re-think on the bollards.

A spokesman for Swansea Council said: 'Council traffic engineers previously carried out a site assessment of the junction.

'As a result, a series of bollards have been installed to help improve visibility for motorists.

'The bollards will also prevent the verge from any further vehicle related damage.' 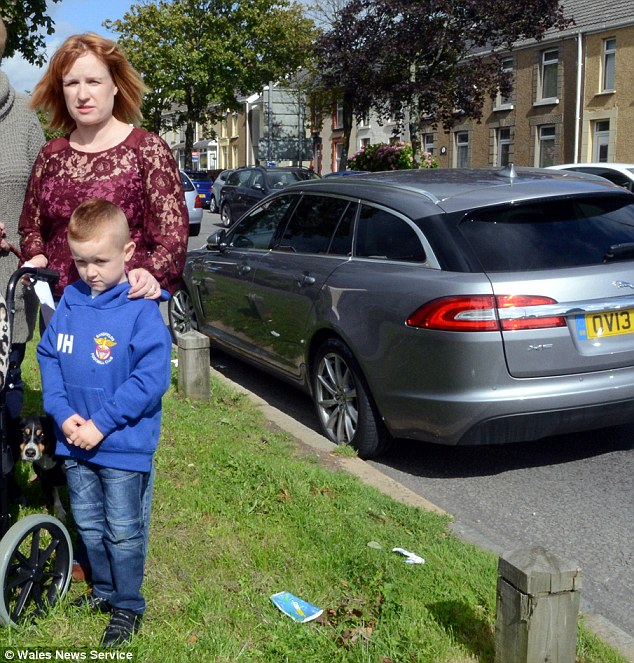 Unluckiest parking space: Mother-of-one Nicola, with her six-year-old son Jac, stands next to the spot where both her cars were written off in the space of five weeks