New powers come into force on Friday that could lead to millions of fines being handed out to motorists by police for committing driving offences they did not know existed.

Under the new offence of 'careless driving', motorway drivers hogging the middle and outside lanes, and those who tailgate, could be slapped with on-the-spot fines of £100 and three penalty points on their licences.

According to a survey carried out by Populas on behalf of the AA, 29 per cent of drivers - about 12 million - are at risk of falling foul of the new legislation. They admit to hogging the middle lane of the motorway on a regular basis. 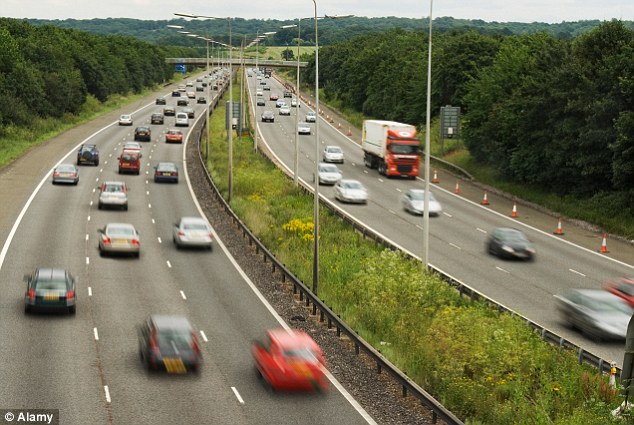 Fine: Police will have new powers from Friday to target motorists who hog the middle lane and tailgate

And roughly 40 per cent of younger drivers fall into this category, admitting they stay in the middle lane in free flowing traffic because they incorrectly believe it to be the 'cruising lane'.

Under the Highway Code, both the middle and outside lane are designed for overtaking only.

As well as being given the power to hand out fines for this new offence, the Government has taken the opportunity to increase the cost of the fine for driving offences.

In future, those caught lane hogging, tailgating or talking on the mobile phone when driving will have to fork out £100, instead of the £60 fine faced up to now.

Up until now police have had to pursue offenders through the courts.

The legislation also covers those caught doing handbrake turns, wheel spins, forcing their way into an orderly queue of traffic, ignoring a 'lane closed' sign and getting into the wrong lane at a roundabout.' 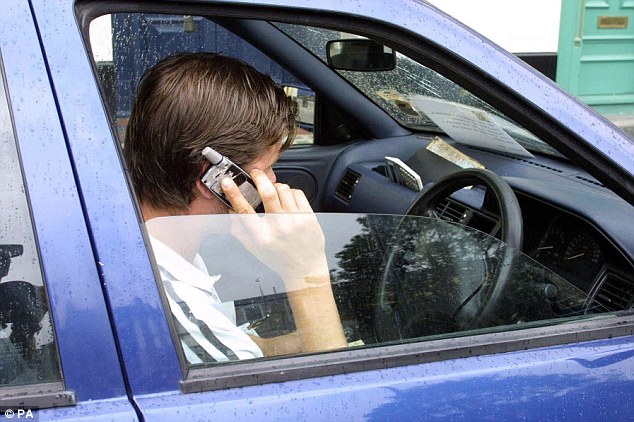 Increase: Those who use mobile phones while driving will also be covered under the new offence of 'careless driving' which will see the cost of a fine rise from £60 to £100

However, in cases where there is no victim, they will be offered the opportunity to take a 'driver awareness course', costing roughly £100.

If they take this option they will avoid points on their licence plus an increase in the cost of their insurance premium.

The AA has welcomed the new rules despite question marks against whether it could work on busy motorways such as the M25.

Endorsable (includes points) fixed penalty notices rising from £60 to £100 include:

In situations where the owner of a vehicle fails to identify the driver when an offence was committed, the fine will rise from £120 to £200 and points will be imposed. Where someone is caught driving without insurance, they will be fined £300, and increase from the current level of £200. 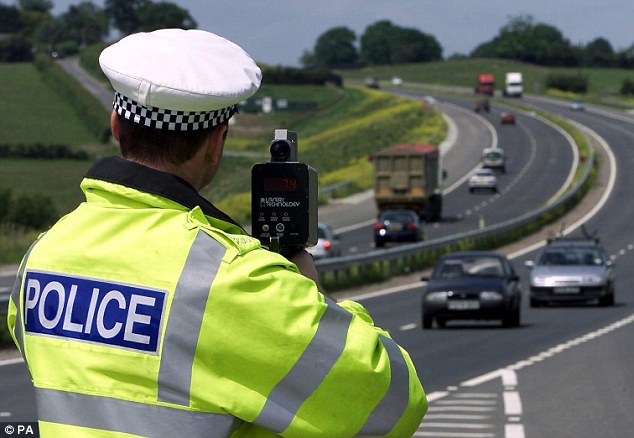 Increase: Fines for a whole raft of offences covered by the new act are set to nearly double

Non endorseable (no points) fixed penalty notices rising from £60 to £100 include:

Non-endorsable (no points) fixed penalty notices increasing from £30 to £50 include:

Spokesman Paul Watters said: 'Part of the problem is motorways are so busy and that's what makes people think it's better to be in the middle lane.

'But there are times when there's a perfect opportunity to get back into the near-side, where it's safer for you.

'It will be workable on the M25 and it will get better capacity on motorways, but it has to be when there are the right conditions.'

Under the legislation, motorists will be in the wrong if they fail to move into the near-side when it is clear for them to do so.

But her warned there were not enough traffic officers on the roads to enforce the new measures.

He said: 'There needs to be more traffic officers to actually enforce these things, and we've seen a big decline in traffic police. We need police in cars on the motorways to make use of these powers.'

Mr Watters pointed out a lot of the problem was motorists did not understand the rules because motorway driving does not form part of the driving test.

However, a government Green Paper coming forward in the autumn is proposing allowing learner-drivers to have the opportunity to drive on the motorway as part of their training.

Edmund King, director of the AA Charitable Trust, said: 'We are pleased to see that at long last new powers and fines will be given to the police to tackle the top three pet hates of drivers – tailgaters, mobile phone abusers and middle lane hogs.

'It is worrying that three-quarters of drivers see others using mobile phones behind the wheel on some or most journeys.

'This epidemic of hand-held mobile phone use while driving has already cost lives and our members have demanded action.

'An increase in the standard motoring fixed penalty fine will help deter those who commit motoring offences including mobile phone use.

'AA members broadly support an increase in the level of the fixed penalty. Our members also fully support educational training as an alternative to penalty points.'